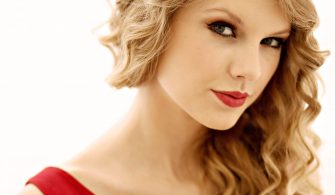 K-pop has been dominating the world of entertainment for a long amount of time. This music originated from South Korea is the new trend and reached its peak in recent years. Now K-Pop groups are all over the internet and reigning over the music industry. For instance, BTS had an unquestionable success on a global scale. However, we will talk about the Blackpink, one of the most popular and successful among K-pop groups. Initially, the group were formed in 2016 by YG Entertainment and released a single ‘’Bumbaya”. From that point on, they became the embodiment of success. They are the first K-pop girl group to headline Coachella and became the cover of Billboard. The influence and the success of the group lie within their energetic style, conceptual videos, and their songs on freedom, vulnerability. Furthermore, most of Blackpink’s songs are bilingual, which fueled their fame across the world.

It is general knowledge that musicians often collaborate with brands from different industries. That was also the case for the Blackpink. This summer, the group released a collection with H&M. The collection includes affordable and streetwear merchandise. Moreover, the collection reflects the versatile style of the group, which you can see in their video clips. Numerous clothes and accessories are available at the H&M store. In addition you can wear and use them for as an everyday wear. If you want to get a little bit fancy, you may choose the printed merchandise within collection. Of course, the color option is what you are expected: black, pink, and white. Fortunately, all of the merchandise is affordable, which shows how they want to reach the fans. By the way, even non-fans purchased the liked the collection. Currently, it is available in only Asia and Australia, but surely, it will be worldwide.

Blackpink on the Screen

Members of the group do not shy away from the screen. Firstly, in 2018, they released a reality show that includes 12 episodes available on the groups’ YouTube channel. The show offers an inside look at the daily lives of the members. Add to that, there is also a documentary released on Netflix ‘’Blackpink: Light up the Sky’’, which tells the origin story of the group. In addition, we can see the training process of Jennie, Lalisa, Rose, and Kim Ji-soo before joining the group. Well, that does not end there, for their fifth year on the stage ‘’Blackpink the Movie’’ was released in the theaters. This movie, in particular, is the rare and profound story of their various performances up-close. Since we are aware of how the group always performs on the stage spectacularly, we did not hold back anything while creating this extension with exclusive animated wallpapers.

Customize your Browser with the Blackpink Extension

Luckily, we have witnessed the colorful and spectacular world of the group. Inspired by that, we have collected animated wallpapers and add a couple of features to this extension. Our purpose here is to present an option for you to customize your browser. If you are a fan, this extension is what you need. Let us take a look at our features: 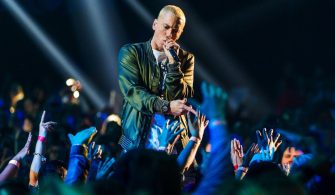